The article is devoted to a understudied problem, namely, the problem of non-Jewish Nazi victims in Kiev in 1941–1943. If the problem of Jewish victims is quite well covered, there is virtually no profound research about non-Jewish victims, especially concerning their total number, that indicates the undoubted relevance of this topic.
The purpose of this study is on the basis of archival documents to find out and summarize the total number of various categories of victims of the Nazi occupation regime murdered in Kiev in 1941–1943, besides Holocaust victims.
By non-Jewish victims – civilians, the author understands, firstly, hostages, “political functionaries, saboteurs and robbers”, the mentally ill, members of the communist underground, Ukrainian nationalists, Roma, – those people who were the object of Nazi repression and were exterminated for political and racial reasons, and, secondly, those persons who became victims of the socioeconomic policies of the occupiers, especially the famine caused by the conditions of the occupation. Perished prisoners of war (except for Jewish prisoners of war) can also be classified as non-Jewish victims.
Scientific novelty: Based on documents from domestic and foreign archives, relevant scientific literature, the author explores different categories of non-Jewish victims, as well as the general losses of the civilian population of Kiev in 1941–1943.
Conclusions: The author comes to the conclusion that during the two years of occupation, the number of residents of Kiev has decreased by about 105,000 people. This number includes: about 50,000 people who in 1942–1943 were sent to forced works in Germany, more than 10 thousand victims of non-Jews of various categories, several thousand who died (mainly from hunger, as well as natural death), several thousand people who for various reasons moved to other settlements. The rest of the victims – about 38,000 people – are clearly Jews, most of whom were exterminated at the end of September 1941.
Total irrecoverable losses among the civilian population of Kiev (without those who moved to other settlements and were taken to work in Germany) in 1941–1943 can reach up to 53,000 people. Approximately 71–72% of total losses are accounted for by Jews. In addition, up to 40,000 people from among the prisoners of war died.
Key words: Kiev, non-Jewish victims, the occupation of 1941–1943, Babi Yar, anti-tank ditch. 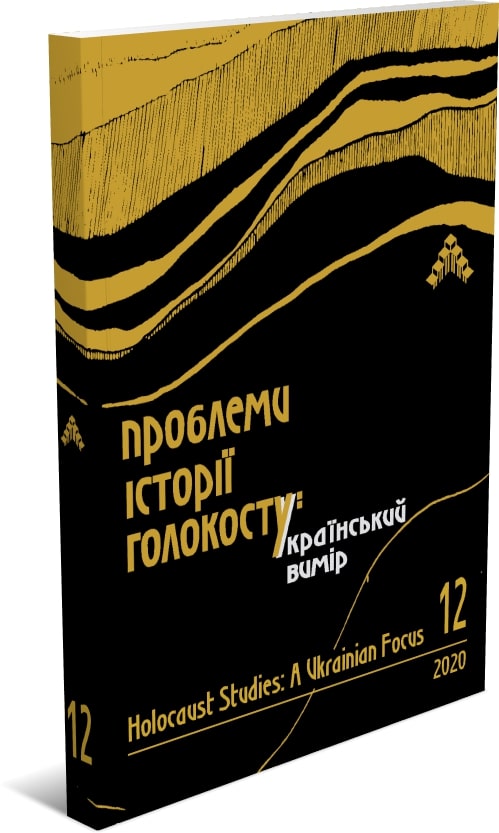